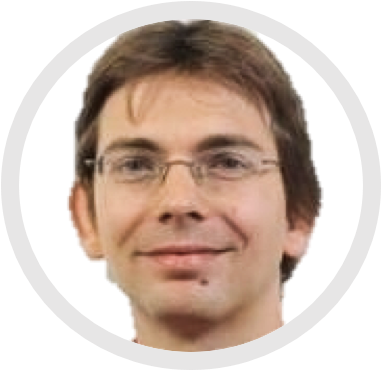 My research interests lie in the field of microeconomic theory and applications, focusing on communication and information design, optimal contracts, and robust decision theory.

We study an information design problem where two competing senders move sequentially. The second mover can either reveal more information (constructive argumentation) or obfuscate the first mover's information (toxic argumentation). We show that sequential obfuscation of an initially disclosed state never reveals more, and sometimes reveals strictly less information than sequential disclosure of an initially hidden state.  Sequential obfuscation is completely uninformative when the senders are risk averse or risk neutral, or when they have zero-sum preferences. By contrast, sequential disclosure generally reveals some information, and it is fully revealing when the senders are risk neutral or have zero-sum preferences.

‣ On the equivalence of information design by uninformed and informed principals

‣ A model of debates: Moderation vs free speech (with Tymofiy Mylovanov)

This paper provides a framework to study communication conflicts, such as political debates, using a novel model of competition in Bayesian persuasion. Debating parties can "frame" their arguments for maximal impact. They also can "spam" the discussion to distract the audience from the opponent's arguments. We find that spamming is more detrimental to truth discovery than framing. When parties are allowed to speak freely, spamming can kill truth discovery and make communication uninformative. By contrast, framing is disciplined by competition. If the conflict between parties is strong and the number of arguments is restricted, the parties reveal the truth.

We introduce a solution concept for extensive-form games of incomplete information in which players are allowed to entertain multiple beliefs about what they do not know in the game. Players make dynamically consistent choices by looking for compromises that yield a good performance under each of their beliefs, anticipating their future choices. Our solution concept is called perfect compromise equilibrium. It generalizes perfect Bayesian equilibrium. We show how it deals with ambiguity in Cournot and Bertrand markets, public good provision, Spence's job market signaling, bilateral trade with common value, and forecasting.

A sender designs how to disclose information about the state of the world to persuade a receiver to accept a proposal. The sender is ignorant about both the receiver's type and his risk attitude. The sender applies the principle of maximum entropy to resolve her ignorance. We show that the maximum-entropy utility is risk neutral if nothing is known about the agent's utility, and it is CARA if the average utility is known. Furthermore, the optimal signal is either fully revealing or completely uninformative if nothing is known about the distribution of the agent's type, or if its mean is known; the optimal signal is a censorship if the mean and variance are known. To derive our results, we propose a novel representation of preference over lotteries.

‣ Bargaining and trade without using priors (with Karl Schlag)

We study bargaining under incomplete information, with applications to trade and to provision of public good. In our setting, agents not only agree on how they share their output, but also on how much output they produce. We are interested in bargaining rules that do not depend on priors. We find a unique rule that satisfies a set of axioms. Under this rule, the higher the surplus, the more output is produced. Moreover, the produced output is shared as in the Nash bargaining solution. We present a dynamic protocol that implements this rule for any priors. Heterogeneous discount factors and degrees of risk aversion can be included.

‣ Are there "Ratatouille" restaurants? On anticorrelation of food quality and hygiene  (with Hisayuki Yoshimoto)

We study the empirical relationship between hygiene conditions in restaurants and their food quality rated by both professional reviewers and consumers. Using evidence from the UK, we show that this relationship is negative and statistically significant. So, a higher food quality rating is generally associated with a less sanitary kitchen. We find that 3% of Michelin starred restaurants in our dataset have poor hygiene conditions, while the same is true for only 2% of non-Michelin starred restaurants. Our findings illuminate potential channels through which the anticorrelation between food quality and hygiene effort could be mitigated, and can be helpful for hygiene inspectors to prioritize restaurants in their inspection schedule.

A principal can restrict an agent's information (the persuasion problem) or restrict an agent's discretion (the delegation problem). We show that these problems are generally equivalent — solving one solves the other. We use tools from the persuasion literature to generalize and extend many results in the delegation literature, as well as to address novel delegation problems, such as monopoly regulation with a participation constraint.

‣ Value of information when searching for a secretary (with Karl Schlag)

The secretary problem is the canonical model of search under ambiguity, in which secretaries are being interviewed in a random order. We assume that the number of secretaries is unknown and that one cares for the value of the secretary. We measure the value of information as a multiplier that describes how much better off one could have been had one known the distribution of secretaries' values. It is evaluated in the worst case, for all distributions and at all rounds of search. Under perfect recall, knowledge of the applicant pool size and their distribution can improve one's payoff at most 4 times. Knowledge that the values are i.i.d. does not improve one's payoff.

We consider a model where two e-commerce platforms, such as internet auctions, compete for sellers who are heterogeneous in their time preferences. Contrary to the literature which argues that if two platforms coexist in equilibrium, then the “law of one price” must hold, we demonstrate that two platforms may set different prices and have positive equilibrium profits by exploiting heterogeneity of sellers' time preferences. In such an equilibrium less patient sellers choose the more popular, but more expensive, platform, while more patient sellers prefer the less popular and cheaper one.

(with Anton Kolotilin and Tymofiy Mylovanov)

Introduction to the Special Issue on Communication and Persuasion

(with Emir Kamenica and Kyungmin Kim)

[an earlier version titled “Decision making in environments without priors”]

‣ Eliciting information from a committee

‣ On the impossibility of achieving no regrets in repeated games

(with Pradeep Dubey and Ori Haimanko)

Organized by the University of St Andrews

Sponsored by Scottish Institute for Research in Economics (United Kingdom)